Looking for Christian Books for Your Kids?

Want to know the spiritual content of the Sons and Daughters series prior to getting it for your kids?

Here’s a quick snapshot of the Christian themes woven throughout each book.

Daniel and the Sun Sword: Thirteen-year-old Daniel wants a normal family. Instead, he gets adopted by God and sent on a quest to find the Sun Sword, one of four Weapons of Power that he and his friends will use to seal away the Spirit of the Age. But the dark forces of the world won’t sit idly by, and Daniel discovers he’ll need the help of his Heavenly Father to survive.

Daniel and the Triune Quest: Daniel and his best friend, Ben, travel to India to find the Triune Shield. The journey is anything but peaceful, though, as they have to contend with their own conflict while fighting the Enemy’s minions. But all this pales in comparison to the hardship they face when they discover that obtaining the Shield will require a greater sacrifice than either expected.

Spiritual Themes: A deeper look at salvation and the Triune God; personal interaction with Jesus; spiritual warfare; the role of dying to self in sanctification; forgiving and reconciling with other believers; the dangers of relying on one’s own strength.

Daniel and the Serpent’s Abyss: Daniel and his friends set off on a quest to rescue their friend from the control of the Enemy and find the Abyssal Staff—the last Weapon of Power they need to bind the Spirit of the Age. But this will require them to descend into the Enemy’s lair and face him directly.

Spiritual Themes: Salvation explained on a deeper level; personal interaction with the Father, the Son, and the Holy Spirit; letting go of control; spiritual warfare; the consequences of trusting in the flesh; transformation that comes through the indwelling power of the Spirit. 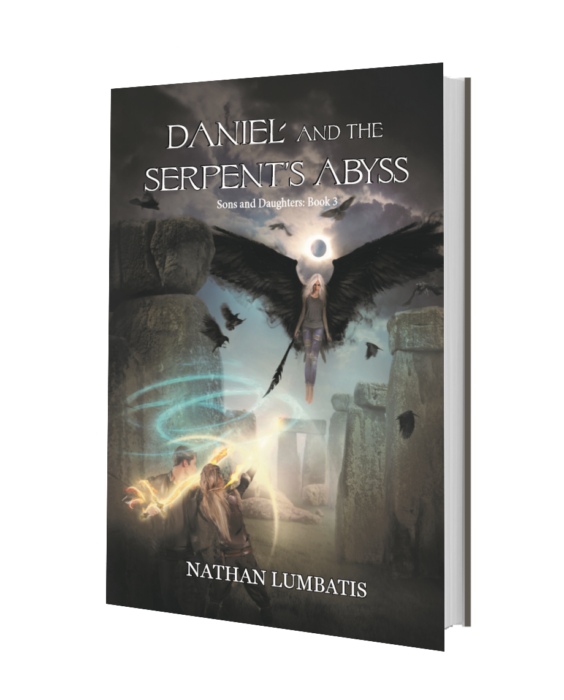