I’m excited to share that The Serpent’s Abyss has received a 5 Star Review Award from Reader’sFavorite.com!

Here’s a snippet from the review. Enjoy!

Readers’ Favorite announces the review of the Christian – Fantasy/Sci-Fi book “Daniel and the Serpent’s Abyss” by Charles Nathan Lumbatis, currently available at http://www.amazon.com/gp/product/1734303298.

Readers’ Favorite is one of the largest book review and award contest sites on the Internet. They have earned the respect of renowned publishers like Random House, Simon & Schuster, and Harper Collins, and have received the “Best Websites for Authors” and “Honoring Excellence” awards from the Association of Independent Authors.

Daniel is back with his next adventure as he and his friends face their toughest struggle yet. The battle with the Enemy represents the battle between good and evil. Faith is a strong element of the story…Daniel and his friends have grown in their faith as the Three have guided them on their journey from the beginning, [helping] just when they were needed most. This faith has grown over the last couple of books [and is tested] as the ultimate fight against the Enemy is approaching. The Three seem to have become silent which threatens to shake Daniel’s faith in them.

Charles Nathan Lumbatis explores themes of family…[as Daniel] discovers a family of his own and now faces a dilemma…his biological mother wants to get in contact with him. This pushes him to look into his family’s past, which has a connection to the Enemy, and to make a choice about whether he wants to meet her. His relationship with Gabriela continues to be explored through their [quest], which shows that the two seem to have drifted and pushes Daniel to wonder why she has become distant on their journey.

Daniel and the Serpent’s Abyss has all the components that make a fantasy adventure truly epic: faith, action, family, and the battle between good and evil.” 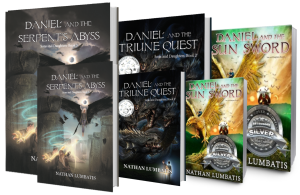 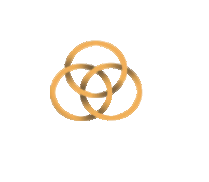